Skip to main content
Our history is what gives VP Bank its character. Let us take you on a short journey through our history.

Over the past 60 years we have shown that we not only react nimbly and dynamically to change, but we tend to stay one step ahead of the game. That is why we are one of the three largest banks in Liechtenstein, with six international locations.

Committed, competent and courageous while at the same time client-facing and focussed on security – just like our founder, the Princely Commerce Counsellor Guido Feger. We confidently carry this tradition with us into the future. 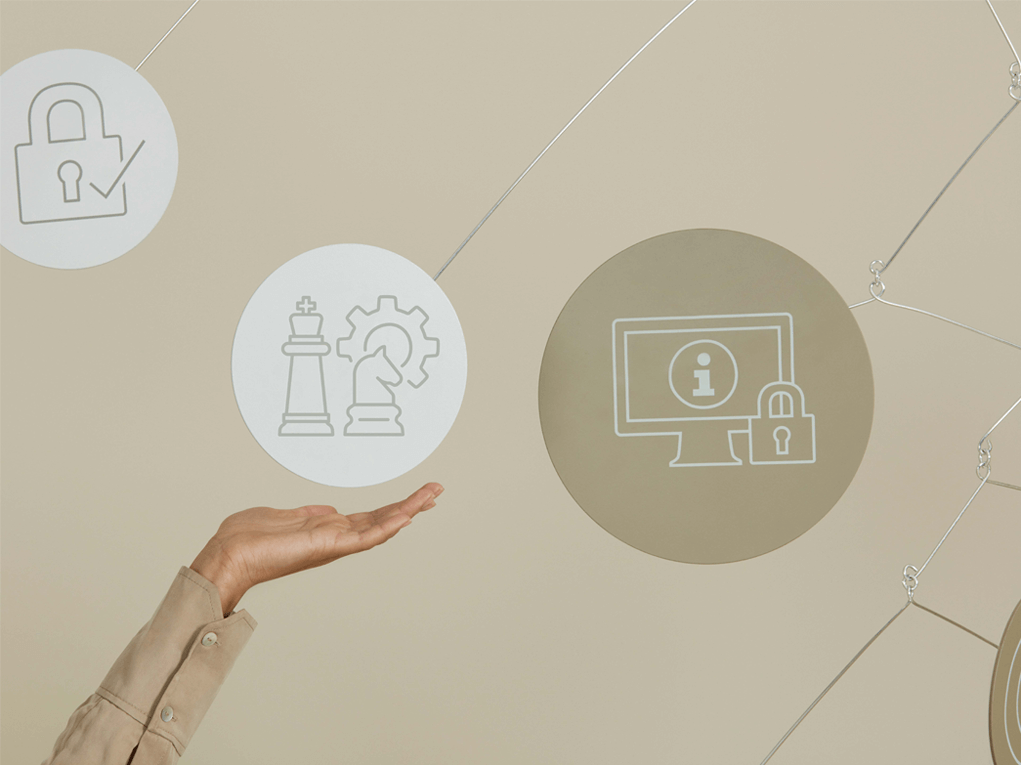 Seize opportunities
With its Strategy 2026, VP Bank Group defines a portfolio of measures for the Group's future with the three focal points "Evolve", "Scale" and "Move" and sets clear new quantitative goals.

Roger Barmettler is appointed Chief Financial Officer. VP Bank is included in the sustainability indices of the SIX Swiss Exchange, signs the United Nations Principles for Responsible Banking and publishes its first sustainability report in accordance with GRI standards. Dr Thomas R. Meier is re-elected to the Board of Directors of VP Bank for a term of three years and confirmed as Chairman; Philipp Elkuch is elected to the Board of Directors. Pamela Hsu Phua is appointed CEO of VP Bank Asia. VP Bank and InvestCloud enter into a partnership to build an innovative open wealth service platform. In the fall, VP Bank joins the UN Net-Zero Banking Alliance. With the Sustainable Plus solution, the digitisation of assets and a cooperation with Utopia Music AG, VP Bank offers new types of investment opportunities. Marcel Tschanz is appointed Chief Transformation Officer and the VP Bank Art Foundation celebrates its 25th anniversary.

VP Bank enters into a cooperation with Leonteq in the area of structured products and promotes young talent in the Swiss and Liechtenstein gastronomy industry as the presenting partner of the renowned marmite youngster competition. The 59th annual general meeting approves an increase in dividends. In May, VP Bank receives the "Wealth For Good Award" for the VP Bank Sustainability Score. In September, the 3rd VP Bank Swiss Ladies Open takes place and the Genussfestival Vaduz celebrates its premiere. With a special certificate, VP Bank and Chartered Investment create a structured product solution that gives private investors access to sustainable gold for the first time. 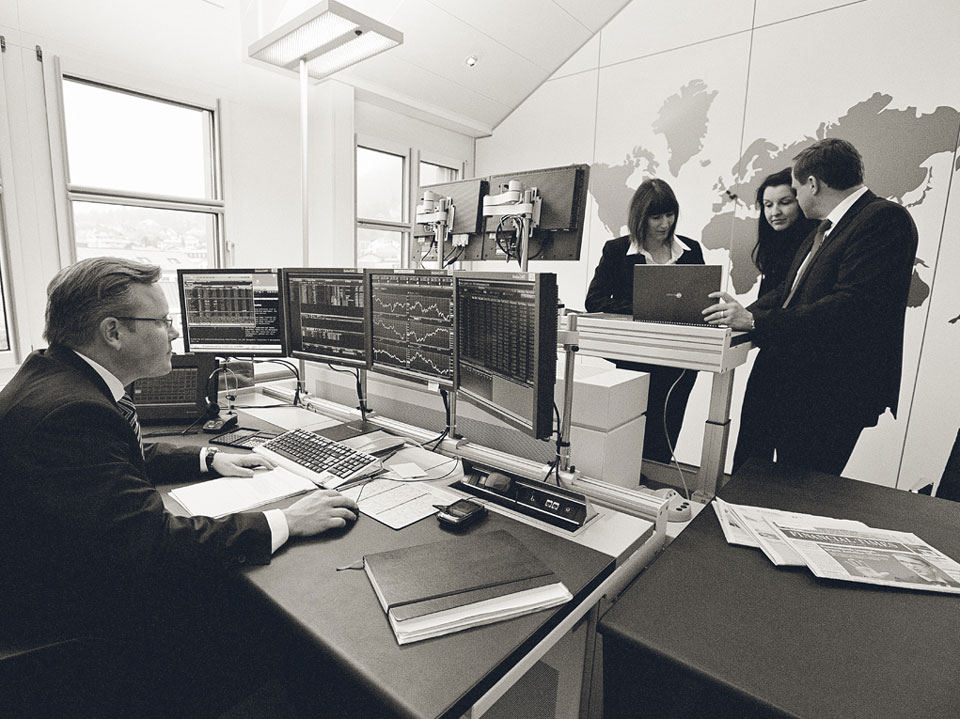 Foresight
The milestones achieved broaden the view and open up new horizons. Independence and profitable growth are the cornerstones of VP Bank's strategic direction.

VP Bank celebrates its 60th anniversary. Rating agency Standard&Poor’s reconfirms in July 2016 its “A-“ rating of VP Bank and lifts its outlook to “Stable”.

At Group Executive Management level, the organisational units "General Counsel & Chief Risk Officer" and "Investment Solutions" are formed at the beginning of the year. Under the programme title "Next", VP Bank launches several extensive digitisation projects and, in the middle of the year, launches a website with state-of-the-art portal technology. This paves the way for the development of a needs-oriented, secure and flexible client portal with modularly expandable services. The rating agency "Standard&Poor's" confirms VP Bank's excellent "A-" rating and increases the outlook from "Stable" to "Positive". The positioning of the VP Bank brand undergoes a review and in August 2017, VP Bank presents itself in a fresh new brand design.

The locations in Zurich and Luxembourg move into new offices with state-of-the-art infrastructure. Dr Felix Brill joins Group Executive Management as Chief Investment Officer and Dr Urs Monstein as Chief Operating Officer. In May 2018, the rating agency “Standard & Poor's” raises VP Bank's rating from "A-" to "A" with a stable outlook. In spring, the new e-banking system with advanced portal technology is launched. Through the deals with Catella Bank and Carnegie, VP Bank completes its entry into the Scandinavian market at the end of the year.

Fredy Vogt steps down as Chairman of the Board of Directors and Dr Thomas R. Meier is elected as the new Chairman. As part of the reorganisation of the Credit division, CFO Siegbert Näscher and General Counsel & Chief Risk Officer Monika Vicandi leave VP Bank, and Patrick Bont is appointed Group Chief Risk Officer. Tobias Wehrli succeeds Christoph Mauchle and takes over as Head of Intermediaries & Private Banking. Thomas von Hohenhau becomes Head of the newly created Client Solutions division as part of Strategy 2026. VP Bank strengthens its position in the "Nordics" market and acquires the private banking activities of Öhman Bank in Luxembourg from the Swedish financial group Öhman. VP Bank improves its overall ranking in the Fuchsbriefe test on advisory quality to 10th place.

Perseverance
The foreseeable alignment with international standards for the cross-border asset management business is increasingly levelling out national locational advantages.

For VP Bank, 2011 is a year of transition, one in which the pieces are put in place to meet the challenges of tomorrow. Luxembourg is now the last of the VP Bank Group locations to commence work with the new Avaloq banking software package. Going forward, this will make it easier and more efficient to conceive products and services for the entire VP Bank Group and individually adapt them to the specific needs of our clients. 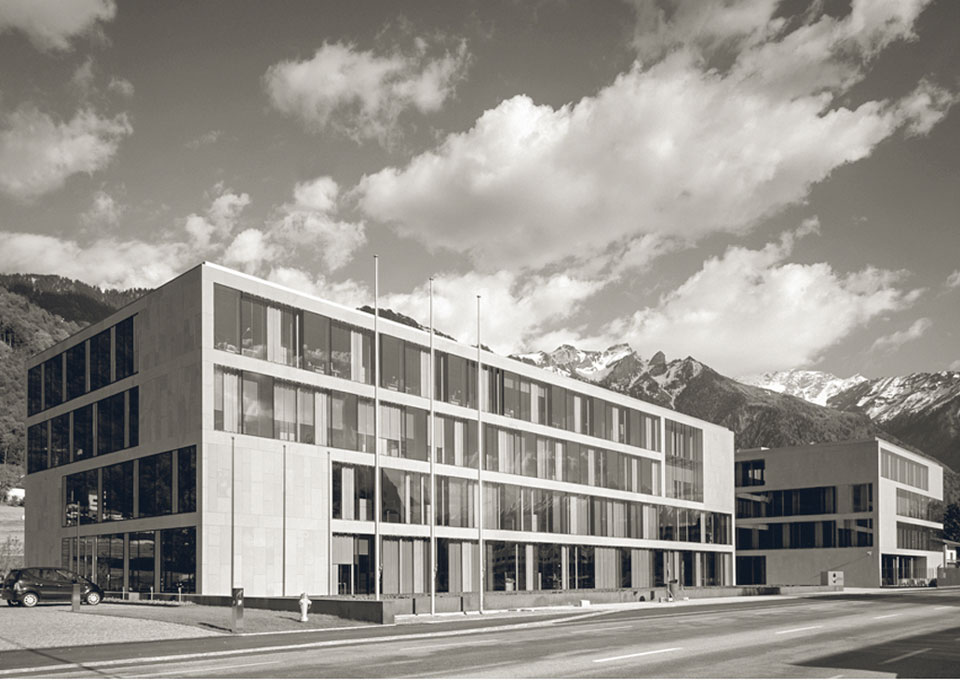 Differences in altitude
The Liechtenstein financial centre crisis and the stock market crisis are having a drastic impact on the development of VP Bank Group.

BZ Group, which encountered difficulties in 2002, sells its shareholding in VP Bank (32.9 percent of the capital; 15.2 percent of the voting rights). VP Bank acquires the block, cancels the majority of shares and reduces its share capital from 85.5 auf 59.1 million Swiss francs.

VP Bank (Schweiz) AG sets up a representative office in Moscow. The VP Bank Group receives an A rating from Standard & Poor's, thereby making it one of the few officially rated private banks in the Swiss franc region.

As additional pillar in the Far East, VP Bank opens an asset management company in Singapore. 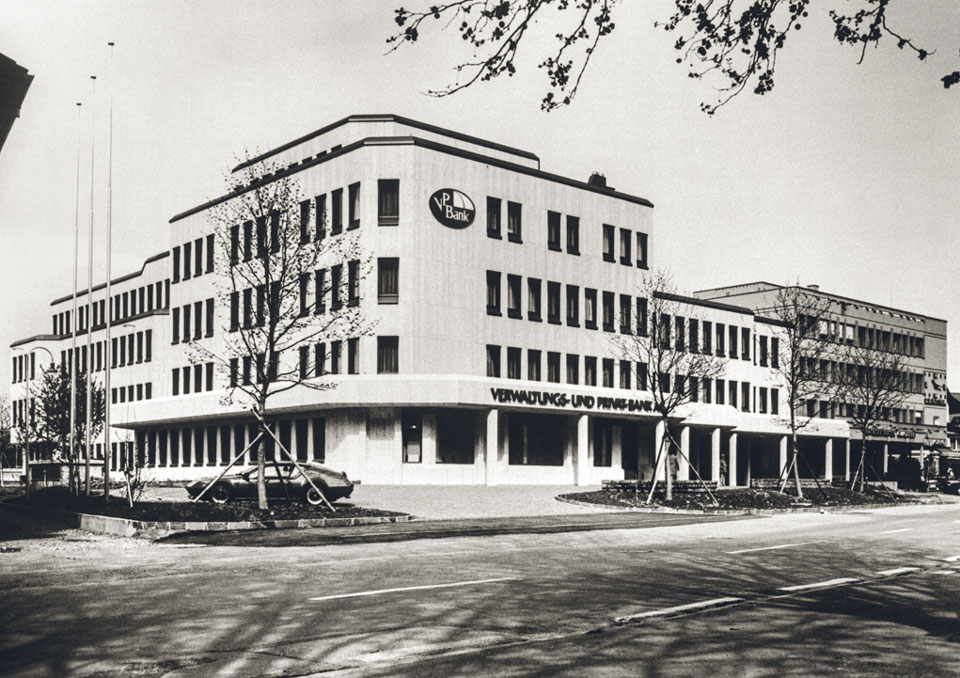 Through 1984, the new VP Bank headquarters is constructed on Aeulestrasse 6 in Vaduz.

On 7 March, VP Bank's shares become the first Liechtenstein securities to trade on the Zurich Exchange's side market.

VP Bank and its 150 employees take up occupancy of the new main office building.

Starting on March 18, the shares of VP Bank are traded in the main segments of the Zurich, Basel, Geneva and St. Gallen stock exchanges. The participation capital is increased to CHF 30 million and participation certificates commence trading on the Frankfurt and Munich Exchanges.

Hans Brunhart, former Head of Government of Liechtenstein, takes over the chairmanship from Heinz Batliner, who is named Chairman Emeritus.

With «VP Link» for professional clients and as of December 2000 «more4u» for private clients, VP Bank makes it possible for them to handle their transactions electronically. Both products are replaced in 2004 by the «VP Bank e-banking» platform. In November, VP Bank founds IFOS Internationale Fonds Service AG, Vaduz.

In the 2000 financial year, the VP Bank Group records the best results in its history: a net profit of CHF 197 million. 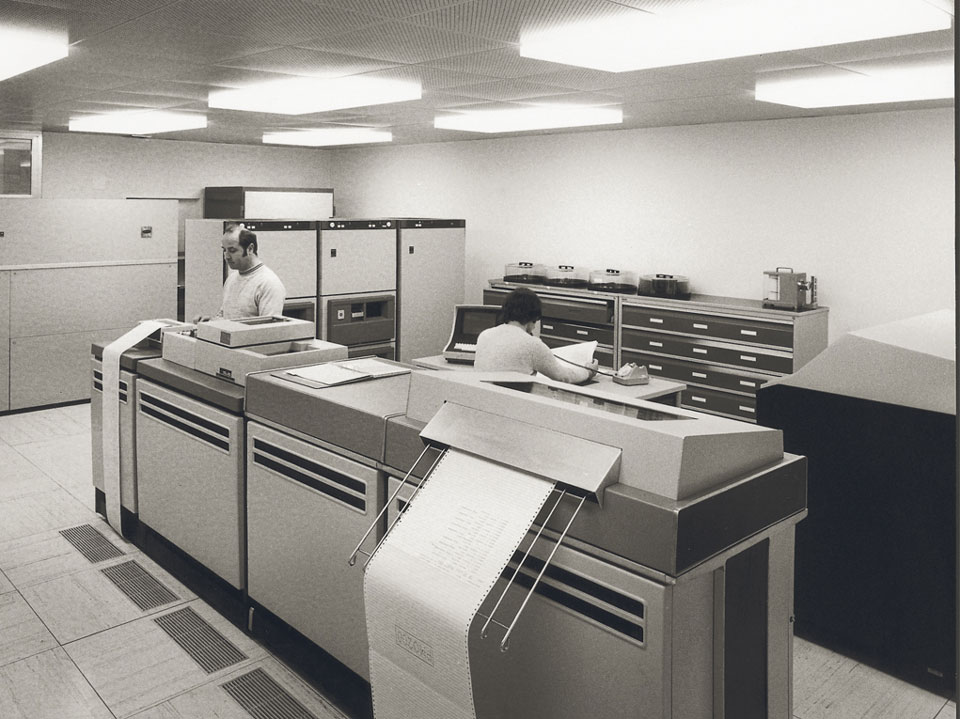 VP Bank sets up the first ATMs in Liechtenstein and in installs a night safe.

As the first bank in the Principality to do so, VP Bank joins the Swiss bank clearing system. Clients as well as the bank benefit from the faster handling of payment transactions.

VP Bank, together with ATU, purchases an NCR Century 150 computer and introduces electronic data processing at the Bank on April 1, 1975.

In parallel with the increase in share capital, public shares are created. The Stiftung Fürstl. Kommerzienrat Guido Feger Foundation remains the majority shareholder.

The bank receives a concession for handling all banking activities. As a result, it starts to offer savings, youth and pensioners accounts, as well as mortgage financing.

On September 1, the founder and chairman of VP Bank, Guido Feger, dies at the age of 83. His nephew, Wolfgang Feger, takes over as chairman of the bank. 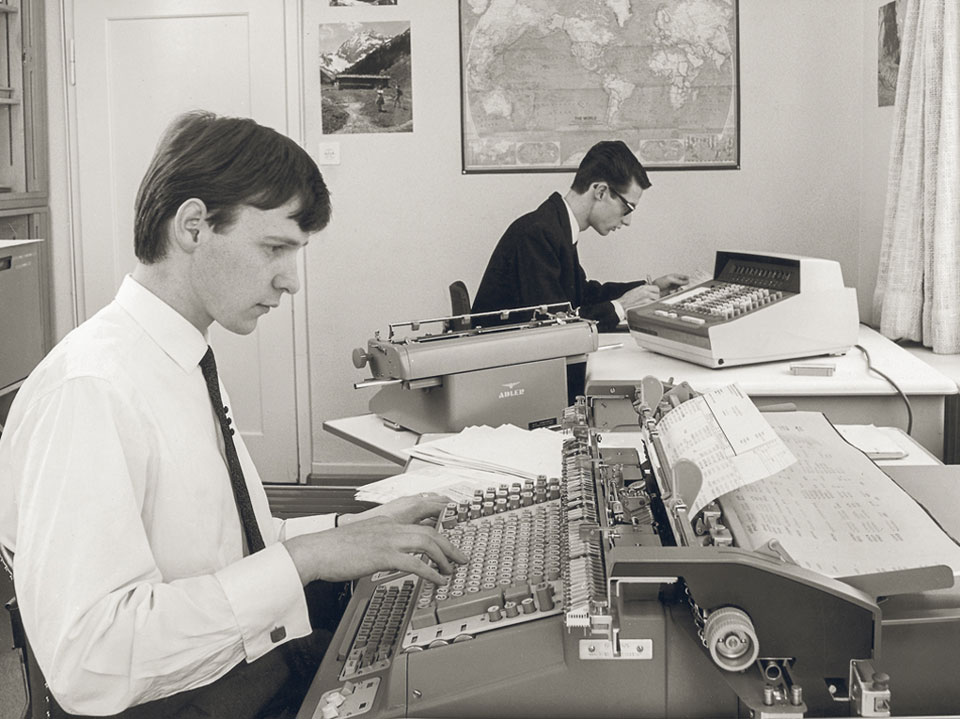 Tailwind
From the 1960s onwards, VP Bank experiences several spurts of growth with a sometimes sudden increase in business volume.

The banking concession's time limit and mandatory tie to the founder are abrogated. VP Bank commits to having at least 60 percent of its voting rights and 51 percent of its share capital legally and economically in the ownership of Liechtenstein citizens. 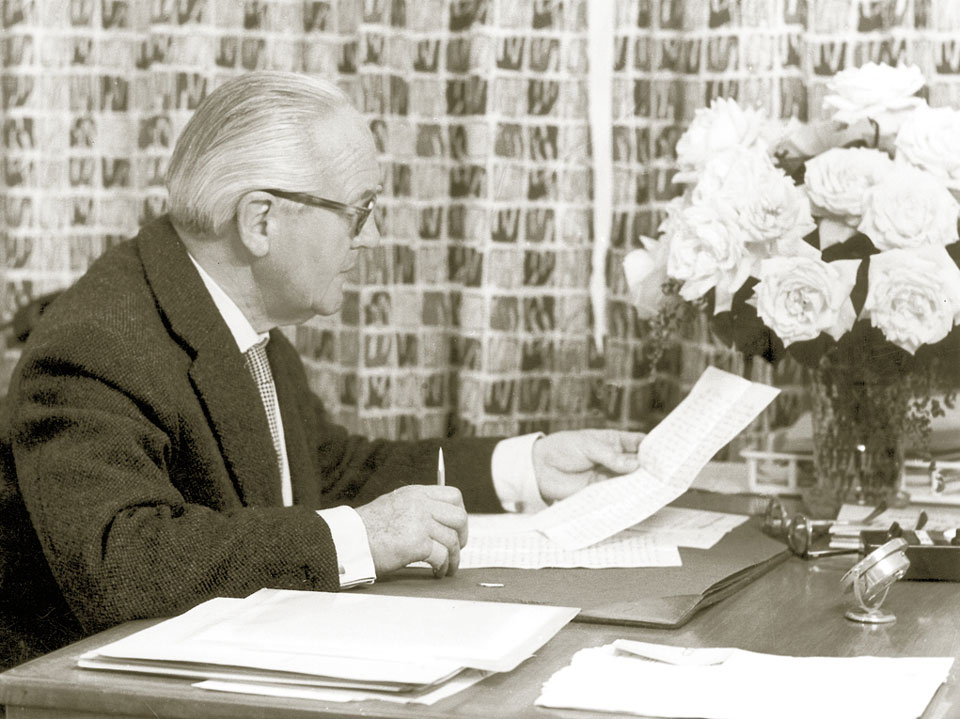 A spirit of optimism
VP Bank is founded by Guido Feger and takes its first steps on a challenging but right path.

Guido Feger (1893-1976), proprietor of Allgemeines Treuunternehmen (ATU), Vaduz, Receives on April 4 a concession to «operate a banking business». Initially it is tied to Feger personally. The bank must waive conducting domestic transactions so as not to compete with LLB. On April 6, Feger founds Verwaltungs- und Privat-Bank Anstalt with initial capital of 2 million Swiss francs.

Heinz Batliner takes over as General Manager. VP Bank increasingly devotes its efforts to the foreign currency and securities business. Olaf Walser opens a foreign exchange office on the ground floor of Städtle 14.

In keeping with the provisions of the revised Bank Act, the foundation is transformed into a joint-stock company at the end of the year. The equity capital is owned by Stiftung Fürstl. Kommerzienrat Guido Feger.